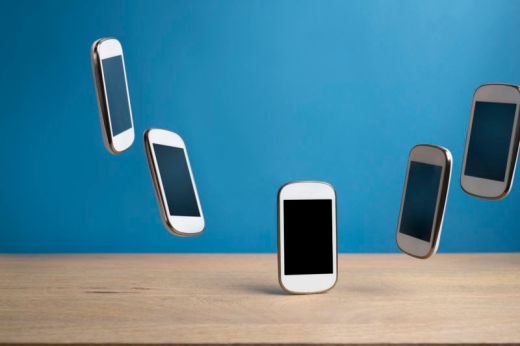 This will not be a critique of the current FCC attempts to repeal net neutrality regulations. That is another kettle of fish and I will write about it separately. The issue I want to address here is the rollback of broadband internet standards, which should by no means be lowered. When students fall behind at school, do we lower standards and allow them to pass without the skills and knowledge they were supposed to acquire? That’s a recipe for failure on a broad systemic level. Advertised speeds of 25Mbps downstream and 3Mbps upstream, which often practically measure far slower than claimed, are often not rapid enough for modern necessities. Lowering it beyond that signifies the FCC’s complete and total disconnect with the needs of Americans.

When I speak of necessities, I don’t mean applications like Netflix. I am sure that I am not the only one who enjoys having heaps of movies and original TV series to binge on, but I consider that to be a luxury. However, Netflix and similar services will suffer greatly from the rollback of broadband standards.

Necessities are, in my opinion, things that allow, or are required for, interaction with government, employers, educational institutions, family, etc. For example, I used to connect remotely to my office’s VPN at my old job and my wife does so at her current job. This is a very common practice these days and enables businesses and employees to be more flexible and productive, even when halfway across the world. With the new standards Ajit Pai’s FCC wants to establish, the latency would render it very difficult to effectively complete tasks remotely. This high demand is very similar to the manners in which students now interact with their places of education. Many Americans living in rural areas cannot physically attend college or university, but are enrolled in very innovative distance education programs. These programs often utilize streaming video, video conferencing, and large data uploads/downloads, which are exceptionally useful tools to engage students, but are very demanding in terms of bandwidth. Without an appropriate level of internet access across the country, we are choosing as a society to deprive certain people of opportunities that exist and could transform their lives. These are just two small examples out of thousands of practical bottlenecks that will occur if we lower standards as a kickback to bloated telecommunications monopolies, which are dragging their feet in order to delay infrastructure build-out and to milk old infrastructure for as many pennies as they can. Monopolies are the polar opposite of competition in the marketplace and the result of their amalgamation of capital and power is stagnation in the market.

We need to stop worrying about profit margins and value for shareholders. The true concern is whether or not we are falling behind the rest of the world in terms of both technology and investment in the future. We also need to be concerned with the capability, or lack thereof, of our internet infrastructure to support increasing subscribership as well as increasing demand for high bandwidth and low latency. DSL and 3G are not reasonable broadband options for folks living in rural America. Broadband internet has become indispensible in the modern world. It is difficult to interface with various levels of government and private industry without high speed internet. A business without an internet presence and sweeping online access is more likely to fail than a competitor that has these services. Setting the standard at “10/3” is like setting the standard for drinkable water as “lead adds flavor,” and the standard for breathable air as “smog is underrated.”

I have written to the FCC at every step of their review process. It’s easy and I think it’s the least I can do. If I could distill my commentary down to one demand for Ajit Pai, it would be: please stop catering to business interests and do your actual job, which is to advocate zealously on behalf of all American citizens. A rising tide lifts all boats.