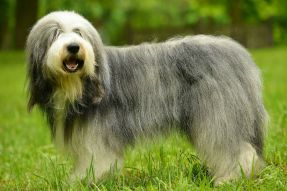 What is a sheepdog? Many of you have probably heard this term being thrown around in the past, and likely will again in the future, but what is it? What does it mean in the context of politics, especially the two party system in the US? It’s typically used as a pejorative, an insult, often levied against candidates who appear to challenge the orthodoxy of a party, but who ultimately ask their supporters to vote for the status quo candidate the party endorses. It is the job of the sheepdog to herd the sheep, as it were. The sheep, of course, being the voters who have wandered away from the party and into disarray.

Why do voters stray from the party line and why do they need to be herded? Well, let’s be honest, neither the Republicans nor the Democrats appeal to the majority of Americans. 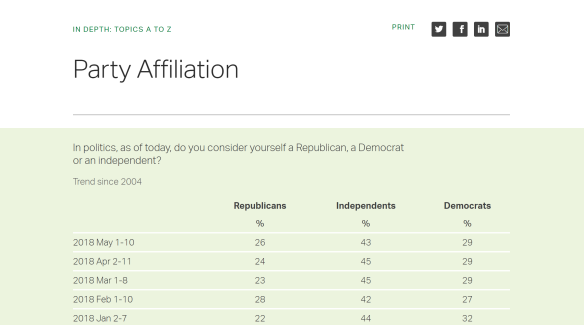 The biggest voting bloc in the country, according to Gallup, is now independents. These folks make up 43% of all registered voters. The Democrats take 29% and the Republicans take 26%. In order to win a general election, each party tries to scoop up as many voters as possible from the opposing party, but they need independents even more. Independents often have become disillusioned with the continuous failures of both the Democrats and Republicans, and their inability to keep any of the positive promises that they campaign on. These independents need to be convinced to vote blue or red against their better judgment, which is where the sheepdog comes into play.

The role of this type of candidate is to gather up as many independents as possible by telling them just enough of the truth and offering them just enough actual policy solutions to problems that they become convinced there is a chance of actually accomplishing something truly groundbreaking. The sheepdog’s second job is to lose to the candidate pre-selected by the party as the intended winner. The sheepdog’s third job is to use their newfound political capital to try and convince their supporters to fall in line behind the intended candidate, whoever that may be. This is why people like Bernie Sanders are accused of being a sheepdog on a regular basis, while candidates like Ralph Nader, who took his supporters into the Green party instead of falling in line behind Al Gore and the Democrats, are accused of being a spoiler and splitting the vote. The irony of more registered Democrats voting for George Bush than for the Green Party conflicts with that narrative and is almost never discussed. I’ll do another piece about spoilers and vote splitting, what it all means, and how it can change the outcome of an election.

The idea of a sheepdog ignores the ability of voters to think for themselves, as it suggests that people will do whatever their chosen candidate instructs them to do, but it can be an effective strategy against those who don’t have a strong grasp of cyclical political strategizing and who don’t pay close attention to the issues. The Democrats employ the strategy more than the Republicans, but it has been used to great effect by both parties. Ultimately, the sheep who have been successfully herded back into the Democratic fold, with promises of influence and reasonable policy, are ignored once the election is won.

Another feature of the sheepdog is to divert the energy and enthusiasm of activists a year, a year and a half out from a November election away from building an alternative to the Democratic party, and instead into a doomed effort. When the sheepdog inevitably folds up their campaign in the spring or summer before a November election, there’s no time remaining to win ballot access for alternative parties or candidates, no time to raise money or organize any effective challenge to the two corporatist parties. When the sheepdog closes up shop, the alternatives have been nipped in the bud, and the party pivots to the familiar “lesser of two evils” narrative. Same old game, every time. 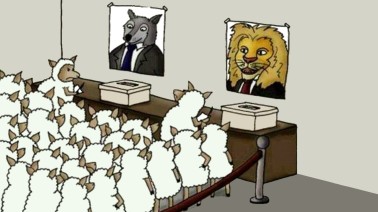 Chris Christie played a similar role for Donald Trump in the 2016 Republican primaries, but his duties extended to being an attack dog as well. He not only herded voters into Trump’s camp, but also spent his political capital ripping Trump’s opponents to shreds. This is a variation on the strategy to keep watch for in the future.

Why is this all important? Well, if we are ever to truly change the political dynamic in our country away from the two-headed coin that is the Republicans and Democrats…we have to understand how the parties, and their friends in the media, maneuver voters around like puppets on strings. We need to learn their strategies, recognize when they’re being used against us, and respond in a sophisticated and coordinated manner. We need to be able to beat them at their own game.

In the immortal words of Denzel Washington in Training Day, “This shit’s chess, it ain’t checkers.”

So, What’s the Deal?

The State of Opportunity is dedicated to analysis of, and open conversation about, politics and current events. It’s all about this crazy world in which we find ourselves and charting a path forward to allow all people within society to advance said society to a higher level. It’s about freedom, democracy, and opportunity for all.